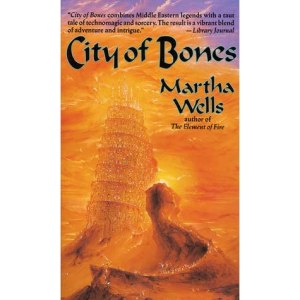 City of Bones is the second book by Martha Wells that I’ve read, and the first standalone of hers that was published.

Charisat city is the Imperial Seat from which the Elector rules, and a wonder amongst the deadliness of the Waste. It’s a city of promise, a place where the tier you live on determines your station in life, and the amount and quality of water you consume. In this great city Khat, a Kris born in the Waste, and Sagai, a foreigner from a different city, have sparked a great partnership as antiquities dealers and even a greater friendship. They make a decent living for themselves and Sagai’s family on the sixth tier, but all of that changes when Warder Elen hires Khat to be her guide in the Waste, upending their lives forever.

END_OF_DOCUMENT_TOKEN_TO_BE_REPLACED 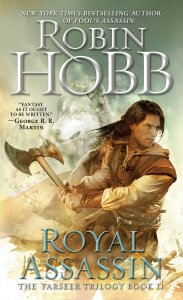 Royal Assassin is the second book in the Farseer trilogy by Robin Hobb.

Fitz came out of his first dangerous mission as an assassin, but is forever changed by the experience. Not just in health, but also in realisation of the danger that his uncle Regal truly presents. Yet he is stuck at Buckkeep with the man, and his promise to his king compels him to not retaliate. He is pulled back into the intrigues of the court, and trying to protect those he cares about. The kingdom is under attack from insidious forces from within. And the Red Raiders will soon come back to their shores.

END_OF_DOCUMENT_TOKEN_TO_BE_REPLACED

A few more e-books to add to the collection. Sometimes I like to mix my fiction with some non-fiction. I’d been looking a long time for the Instrumentalities of the Night Series by Glen Cook, so when I saw the collection e-book I snatched them right up.

The first arrival of my second haul.

I bought the entire Farseer Trilogy by Robin Hobb, of which Assassin’s Apprentice is the first book, a while ago actually during one of my infrequent trips to a physical bookstore. But as I choose the books I read at random and often try to finish an entire series before switching to another series or standalone, I just never got around to it until recently.

All that Fitz knows is that he is the son of Prince Chivalry Farseer, and that he is a bastard. He doesn’t remember his mother, and never even met his father before being whisked away to Buckkeep castle, where he is taken under the wing of Burrich, his father’s man. Burrich works in the stables, and cares for all Buckkeep’s animals. It is there that Fitz learns that he possesses the power called Wit, which means he can forms strong bonds with animals, and share their minds. But soon King Shrewd turns his eye upon Fitz, and raises him up to be something more. To be trained to fight, to Skill, to read and write. And most importantly; to be taught how to kill.

END_OF_DOCUMENT_TOKEN_TO_BE_REPLACED

Whistling In The Dark
Create a free website or blog at WordPress.com.