I absolutely adore Glen Cook’s The Black Company series and his Garrett P.I. series, so I figured I’d tackle some of his other works. I had already bought some of his other books, but I was really interested in his The Instrumentalities of the Night series. I couldn’t find physical copies of all his books, so I bought it as an omnibus e-book instead.

The Tyranny of the Night is the first book in the four-book series.

The Patriarchy of the West and the Pramans – followers of The Written – have always warred about the control of the site of the greatest magics; Wells of Ihrain in the Holy Land. These days an uneasy truce keeps war at bay – but not for long. The Patriarchy is itching for another crusade, while the Pramans too are scheming. And all the while the Instrumentalities of the Night are swirling around the dark places, eager for a taste of ruling again.

A Praman warrior named Else Tage is tasked with infiltrating The Patriarcy and learning of their plans, and does so with shrewdness and abandon. But what he doesn’t know if that The Instrumentalities of the Night have sent their chosen after him. After all, they couldn’t let him live after he killed one of their own. After he killed a god. END_OF_DOCUMENT_TOKEN_TO_BE_REPLACED

Lies Sleeping is the seventh instalment of the PC Peter Grant series by Ben Aaronovitch.

The Faceless Man has been murdering, sacrificing, committing fraud, and done even more heinous things, but the police and the Folly know his identity now and they’ve got him on the run. Peter Grant, now Detective Constable, is one of the key figures in the operation to bring him down once and for all. But a cornered animal is at its most dangerous, and cornered magicians even more so. The Faceless Man isn’t going down without a fight and a show, and is in the midst of completing one final mission. If he were to succeed, London will be forever changed. It’s up to Peter, and his colleagues, to stop him before he does. If they can.

END_OF_DOCUMENT_TOKEN_TO_BE_REPLACED

I heard about this one coming out only a week ago (I can’t believe how out of the loop I was) but made sure to order it immediately!

The latest in the series!

Guns of Dawn and Promise of Blood are signed!

The Iron Jackal is the third book in the Tales of the Ketty Jay series by Chris Wooding.

Everything is finally looking up for Darian Frey and the crew of the Ketty Jay. They’re heroes now, heroes who fought alongside the Century Knights to save common people from Manes. People are no longer after their heads. They’re no longer broke, the Ketty Jay’s all fixed up, and the crew actually functions like a team. So when Trinicia Dracken offers them a job stealing a priceless ancient artifact from a train in Samarla, Frey is confident it’ll be an easy job. It’s what comes after the job that he needs to worry about.

END_OF_DOCUMENT_TOKEN_TO_BE_REPLACED

The Lies of Locke Lamora is the first book in the Gentleman Bastard series by Scott Lynch. I’d heard great things about this book, and it had been sitting on my shelves for a while, but I finally got to it. I’m glad I did.

The flamboyant city of Camorr is the home of many colourful people, but none are as colourful as the Thorn of Camorr and the Gentleman Bastards. Seemingly petty thieves beholden to Capa Barsavi, Locke Lamora and his friends pull of confidence game after confidence game, targeting only the very rich, the nobles and the very powerful. But the Gray King has come to Camorr, and he’s about to shake things up and make life very hard for the Gentleman Bastards.

END_OF_DOCUMENT_TOKEN_TO_BE_REPLACED

I’ve been thinking of replacing my laptop (which still works perfectly BTW), for a lighter one. I’ve been looking through lists of laptops which are great for writers and taking notes.

The perfect situation for me would be to have a more portable laptop I could use for writing and editing (at home or on the road) and frequent watching of tv shows/series, and a desktop computer for writing/gaming/everything else.

Retribution Falls is the first book in the Tales of the Ketty Jay series by Chris Wooding. I read it for the steampunk square of the r/fantasy bingo 2017 challenge, and found myself so enamoured by it that I’m definitely planning on reading the rest of the series.

Captain Darian Frey flies the aircraft called the Ketty Jay and commands his misfit crew, leading them from one badly paying job to the next. When he gets offered a job that could make his crew – scratch that, himself – rich until the end of his days, he leaps at the opportunity. In the back of his mind, he knows that something’s not right, but the idea of being able to retire a wealthy man pushes his worries to the back of his mind. Frey and his crew quickly find themselves in a mess larger than any of them had bargained for. END_OF_DOCUMENT_TOKEN_TO_BE_REPLACED 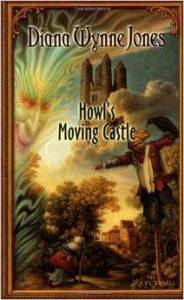 I absolutely loved the Studio Ghibli version of Howl’s Moving Castle, but I wanted to read the original by Diana Wynne Jones and see which things were different and which were the same. The r/fantasy bingo gave me the excuse I needed to buy it.

Sophie Hatter is the eldest of three, and therefore knows that she is destined to be unsuccessful; everyone in the town of Market Chipping knows that the eldest fails horribly when leaving home to seek their fate. While her younger sisters Lettie and Martha leave home, she works in the hat shop of her late father and stepmother. But then the Witch of the Waste curses Sophie for reasons unknown to her, and turns her into an old lady. To break the curse, Sophie must deal with the heartless wizard Howl who lives in a moving castle, a fire demon and their magical antics.

END_OF_DOCUMENT_TOKEN_TO_BE_REPLACED

Whistling In The Dark
Blog at WordPress.com.